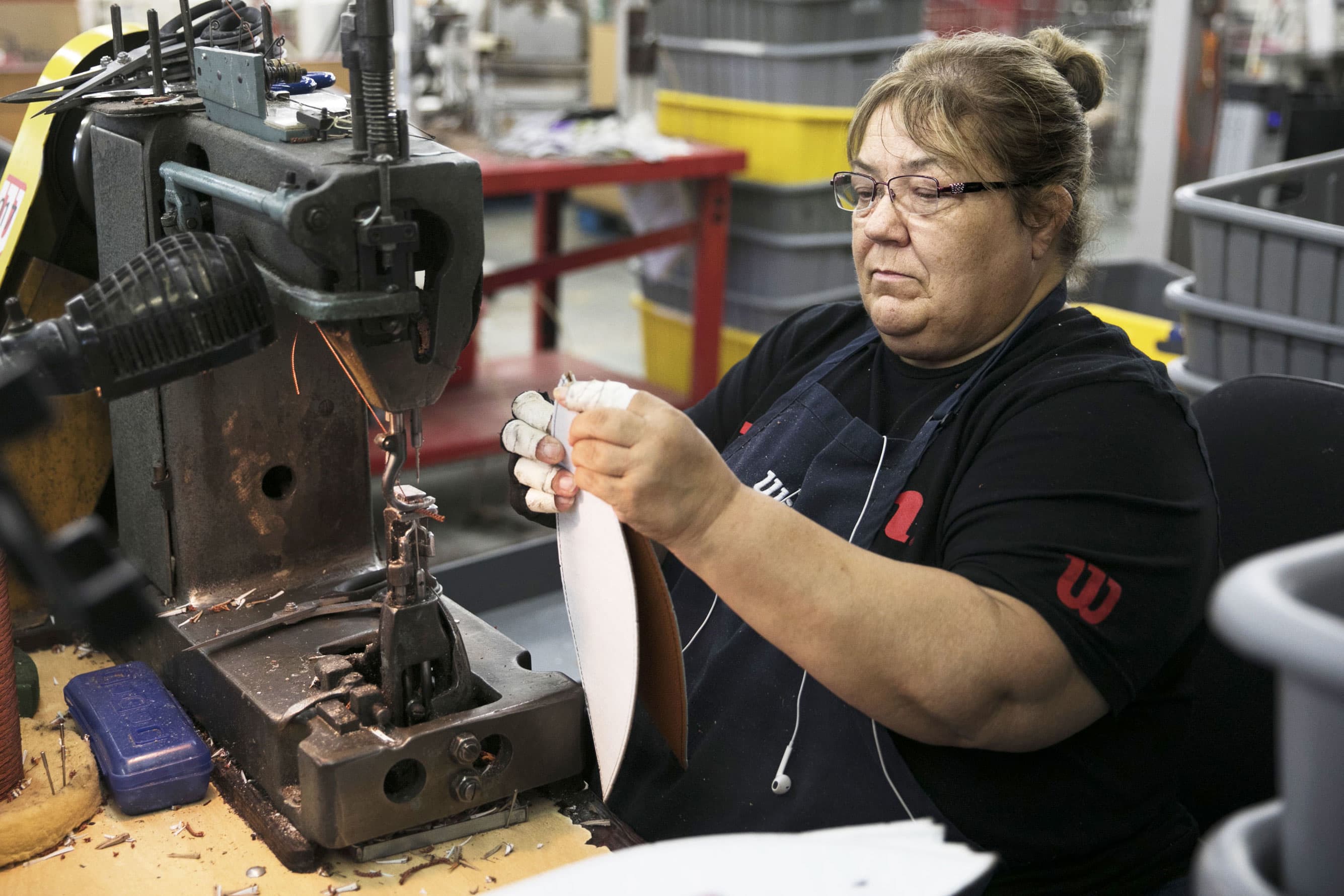 A worker assembles footballs at the Wilson Sporting Goods facility in Ada, Ohio, on Thursday, Sept. 3, 2020.

U.S. producer prices rose a bit more than expected in August as the cost of services increased solidly, while underlying producer inflation continued to firm.

Economists polled by Reuters had forecast the PPI would gain 0.2% in August and fall 0.3% on a year-on-year basis.

Producer prices were led by a 0.5% increase in services. Nearly 20% of the rise in services was attributed to a 1.1% increase in margins for machinery, equipment, parts, and supplies wholesaling. Prices for goods edged up 0.1%.

Excluding the volatile food, energy and trade services components, producer prices rose 0.3% in August, advancing by the same margin for three straight months. In the 12 months through August, the core PPI gained 0.3%. The core PPI edged up 0.1% on a year-on-year basis in July.

The Federal Reserve tracks the core personal consumption expenditures (PCE) price index for its 2% inflation target, a flexible average. The core PCE price index climbed 1.3% in July after increasing 1.1% in June. August data is scheduled to be released at the end of the month.